Wines That Greece Can Bank On

The country may be in a difficult state of affairs, but Greece has an export business with a very bright future—its wines 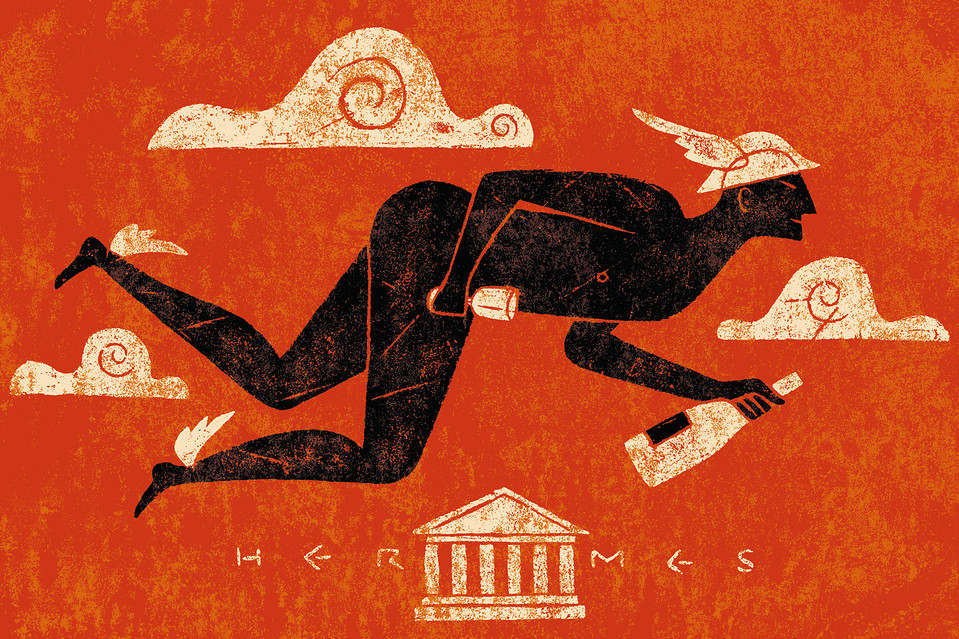 YOU MAY THINK that someone who spends their professional life tasting dozens of wines a week will have sipped just about everything the world has to offer. It’s true—to a point. But like the art critic who stumbles across a rare masterpiece at auction or the literary critic who discovers the next big thing, there are times when a wine knocks even a critic sideways, surprising with both its flavor and its quality.

This happened to me a few weeks ago. I was handed a white wine at a tasting, and its pale yellow color, floral aroma, cushion-soft texture and crisp, refreshing, salty tang left me in raptures.

It wasn’t that it was the best wine I had ever tasted; it was just that it had a particularly unusual and enjoyable flavor. And it was from Greece. Not that this should have made any difference, but given the current state of affairs in the country, it caught my attention. As I took a second sip, it occurred to me that if Greece can keep producing wines of this quality, there will be at least one export business with a bright future.

The wine in question was an Assyrtiko from Santorini. When its identity was revealed, I nearly dropped my glass.

Not long afterward I bumped into Mark Squires, who covers the wines of Greece for Robert Parker ’s consumer newsletter, the Wine Advocate, and I told him about my experience. “It’s a sleeper,” he said. “No doubt about it. Greece is your classic emerging region. When you look at what is happening in Greece, this is a country that is simply a great wine-producing region—they just don’t have much to prove it with yet.”

The country has hundreds of grape varieties, and some, like Assyrtiko, may have the potential to become truly world-class. But few wine lovers have discovered them. That’s Greece’s first problem: unfamiliarity. After all, Malagousia, Xinomavro and Limnio hardly roll off the tongue like Chardonnay and Merlot.

But for anyone with just a passing interest in wine, Greece is a fascinating country to explore. Where to start? Well, the main grape varieties for red are Agiorgitiko, which is widely planted and makes full-bodied, smooth, easy-drinking reds; Limnio, which is often blended but on its own produces distinctly herbaceous wines with high-alcohol content; and Xinomavro, which is planted in the north, where it makes wines with high acidity and an appealing savory character. There are also plantings of French varieties like Grenache, Cabernet Sauvignon and Merlot.

“The country has hundreds of grape varieties, and some, like Assyrtiko, may have the potential to become truly world-class.”

For white, look out for Assyrtiko, which makes bone-dry, floral-scented wines; Moschofilero, which produces light-bodied and aromatic ones; and Roditis, which is widely planted and offers up full-bodied, fresh wines.

Greece’s wine-growing regions are almost as varied as its grapes, with vineyards in every area: Macedonia in the north, the Ionian islands in the west, Crete to the south and the Aegean islands in the east, where, just north of Crete, lays Santorini. Its volcanic soil and coastal winds produce wines of stunning complexity and crispness—enough to shock a wine critic.

As wine writer Hugh Johnson tweeted recently: “Keep making it like this, Greece, and I’ll drink you out of your troubles.” I think I might join him. You should, too.